Discover the remains of 6 million Parisians

Descend into the depths of Paris with your family- if you dare!

Skip-the-line tickets to the Catacombs / Off-limits access / And of course- fun! ?
Overview

Important Remark: The Catacombs are closed every Monday and therefore this tour cannot be booked on that day.

There is not only the metro that lies beneath Paris. Under the southernmost part of the city there are subterranean limestone quarries which were later turned into ossuaries. These underground, multistoried rooms and long corridors became the Paris Catacombs. In contrast to the Roman catacombs, they were never used as a cemetery. The deceased were never buried there, but you’ll see a lot of bones and skulls in an incredible scenery that makes this Paris Catacombs tour frightening in a fun way.

The Catacombs gate is not impressive in any way. Could you believe that this small green hut gives access to one of the most spectacular tourist attractions in Paris? More than 100 steps below street level begins a 2-km route which leads you deep into a land of stones and bones.

Stone? A high-quality limestone exploited since the early Middle Ages. The search for it, sometimes at a depth of more than 20m, created a 250-km network of quarries. Only 1% of it is open to the public. Difficult to imagine that Notre-Dame’s beautiful bright stone was dug out from such darkness!

Bones? Those of more than 6 million Parisians who quietly rested in intramural cemeteries until 1786. Moved here for hygienic purposes, they were respectfully set up by workers who never lacked imagination. While walking you will see a lot of bones, but never placed in the same patterns. Walls of shins, pillars of skulls, thighbones decoratively arranged– this is the kind of unusual architecture you’re about to discover.

Bond with your family in a new, spooky way as you explore the Catacombs of Paris!

This catacombs tour in Paris guarantees shivers and hilarious anecdotes. What better way to spend a unique afternoon with your loved ones! You will learn about the funny Quarrymen Foot-bath’s rite. You’ll discover which pragmatic reason lies behind the (slightly too) solemn Pedestal of the Sepulchral Lamp, or the very fashionable event the Rotunda of Shins hosted in 1897.

The local, morbid poetry also offers a journey through French history. Many outside, bloody events in Paris are echoed in the Catacombs: the colonial conquest of the Indian Ocean, the revolutionary furies of September 1792, the aftermath of the 1871 civil riot, the liberation of Paris in 1944. Such an unexpected scenery in which a part of the history of France is revealed.

At the end of your 2-km walk, you’ll be outside again, feeling like you’ve experienced a timeless moment, the living and the dead meeting peacefully, 20 meters below ground. You will also try to imagine what happens along the meshed galleries you saw. Legend has it that illegal evening parties are regularly organized here. We think that what you might hear is not loud music but the quiet scampering of mice.

The district where the tour ends is named Montsouris, another secret which your Catacombs exploration promises to reveal. And if you look for another shivering experience, don’t miss our Crime Tour!

Is this Paris Catacombs tour appropriate for young children?

It all depends on their sensitivity. This tour is perfect for teens. The itinerary is in a very enclosed space with little light. The walls are lined with bones, skulls, and the atmosphere can be humid… a delight for goosebumps amateurs.

Is it cold in the Catacombs?

In the Catacombs the temperature is very stable, around 14°C. In winter, you will be comfortable in your outdoor clothes. In summer you should bring a scarf or a light sweater.

Is it accessible to wheelchairs or people who have difficulty walking?

This tour is not accessible to people using wheelchairs. For people with walking difficulties, be aware that there are more than 130 steps down from the entrance, and 80 steps up to the exit. The ground is uneven, wet, and slippery in certain areas.

What if I’m claustrophobic?

This Paris Catacombs tour is not recommended for claustrophobic people, as you will walk 2 km underground in rooms and corridors with very low ceilings, little light, and no possibility to go back (one-way track) or to pass groups ahead.

Are my tickets refundable?

Unfortunately, as we need to book special Catacombs tickets for your date, hour, and number of people, tickets are not refundable.

What if we have more than 6 people in our group?

Just advise our superhero squad in your request form about the number of people in your party, as well as their category (adult or child), so we’ll be able to tell you about the extra fee per additional person. 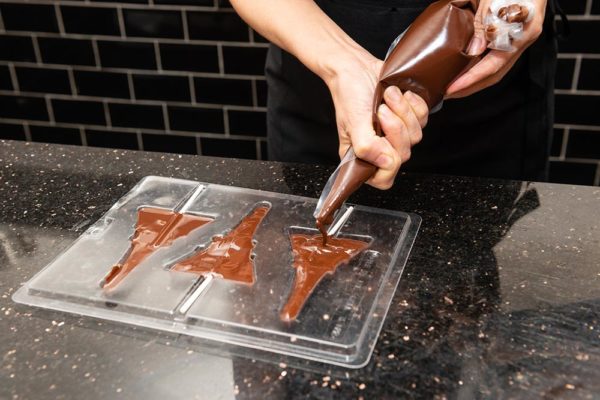 Luxury Chocolate Walking Tour and Workshop
Taste the finest artisan chocolates during a yummy walking tour and finish with a workshop to create your own piece of chocolate!
2.5 hours
€550
Yes please! 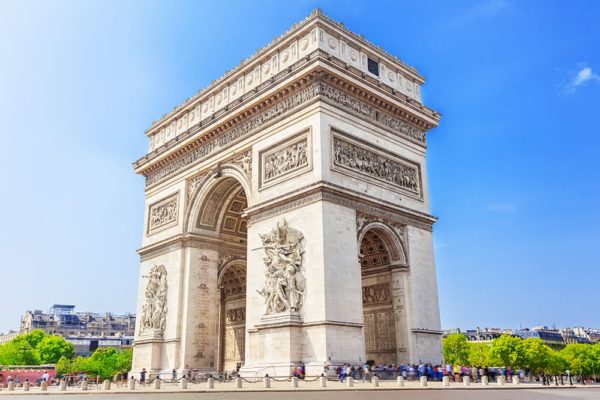 Best of Paris in Tuk-Tuk & Arc de Triomphe – Family Tour
See all the Parisian highlights with your family in a fun and unique way, and get the best view from atop of the Arc de Triomphe
3 hours
€560
Yes please!
Best-Seller 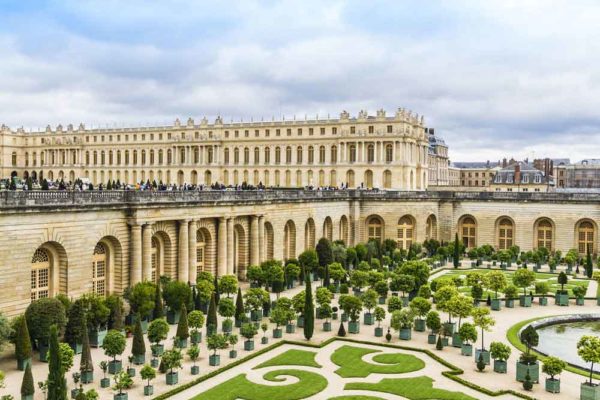